Dig-It! Games joined nearly 10,000 education leaders and tech experts at the 38th annual Future of Education Technology Conference (FETC). From our participation in an exclusive Game-Based Learning Summit to the Education Arcade on the show floor, we loved sharing our games and insights. 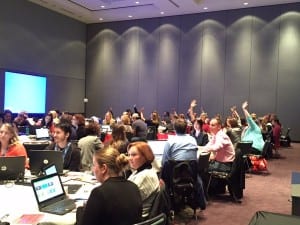 As part of the GBL Summit, Suzi Wilczynski, Dig-It! Games’ Founder and CEO, led a discussion on important features of game-based learning, including how to make it easier to find, evaluate and utilize games in teaching. GBL Summit attendees also took place in a 3 Digits competition and found out more about Dig-It! Games classroom resources. 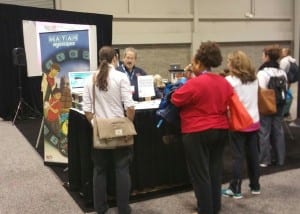 FETC attendees getting hands-on demos of Dig-It! Games in the Education Arcade

Dig-It! Games also offered hands-on demos in Exhibit Hall’s Education Arcade. Thank you to all the educators, FETC and our GBL Summit partners for a great conference!

The Dig-It! Games team is heading to Orlando next week to join teachers, administrations and other educational technology advocates at the 38th annual Future of Education Technology Conference (FETC).

On January 12, Dig-It! Games is partnering with FETC,  BrainPOP and the Learning Games Network on the Game-Based Learning Summit, a day-long professional development session on integrating game-based learning in the classroom. As part of the GBL Summit, Suzi Wilczynski, Dig-It! Games’ Founder and CEO, will lead a discussion on important features of game-based learning, including to how to make it easier to find, evaluate and utilize games in your teaching. She will also highlight the Dig-It! Games Teacher Network, its benefits and how attendees can get involved!

Dig-It! Games will also be a part of the Maker’s Space in the FETC Exhibit Hall January 14 and 15. Come meet the team, play games and sign up for our Teacher’s Network. Not attending FETC? Follow us on Twitter and Facebook for updates from the GBL Summit and FETC.

Looking to keep children entertained during holiday travel? Or, do you have a new mobile device and are looking for games the whole family can enjoy?

Dig-It! Games is giving away free downloads of our award winning, educational games until the end of 2015!

Our games incorporate age-appropriate content in math, science, social studies and language arts into fun, interactive and engaging learning experiences for kids of all ages. The holidays are a great time for families to expand their vocabulary skills in I Have a Word or go head-to-head testing their math skills against the Maya number system in 3 Digits.

Visit the Dig-It Games page in the Apple App Store each day for a new free educational game, and follow us on Twitter to see that day’s give away.

As many middle school teachers can agree, students in grades 5-9 require a very different approach for instruction compared to upper elementary or high school levels. Middle level educators know that kids at that age need something different in the classroom to keep them engaged and excited about learning.

That’s why game-based learning (GBL) can improve student academic success when incorporated correctly into the classroom. Earlier this month, we headed to Columbus, OH for AMLE 2015, a gathering where middle level educators from all over the country can talk about best practices in the classroom. Suzi led a Speed Learning session with three rotations to talk to teachers about why GBL works, how they can use games in the classroom, and where to find well-built games that keeps the student experience in mind during development. 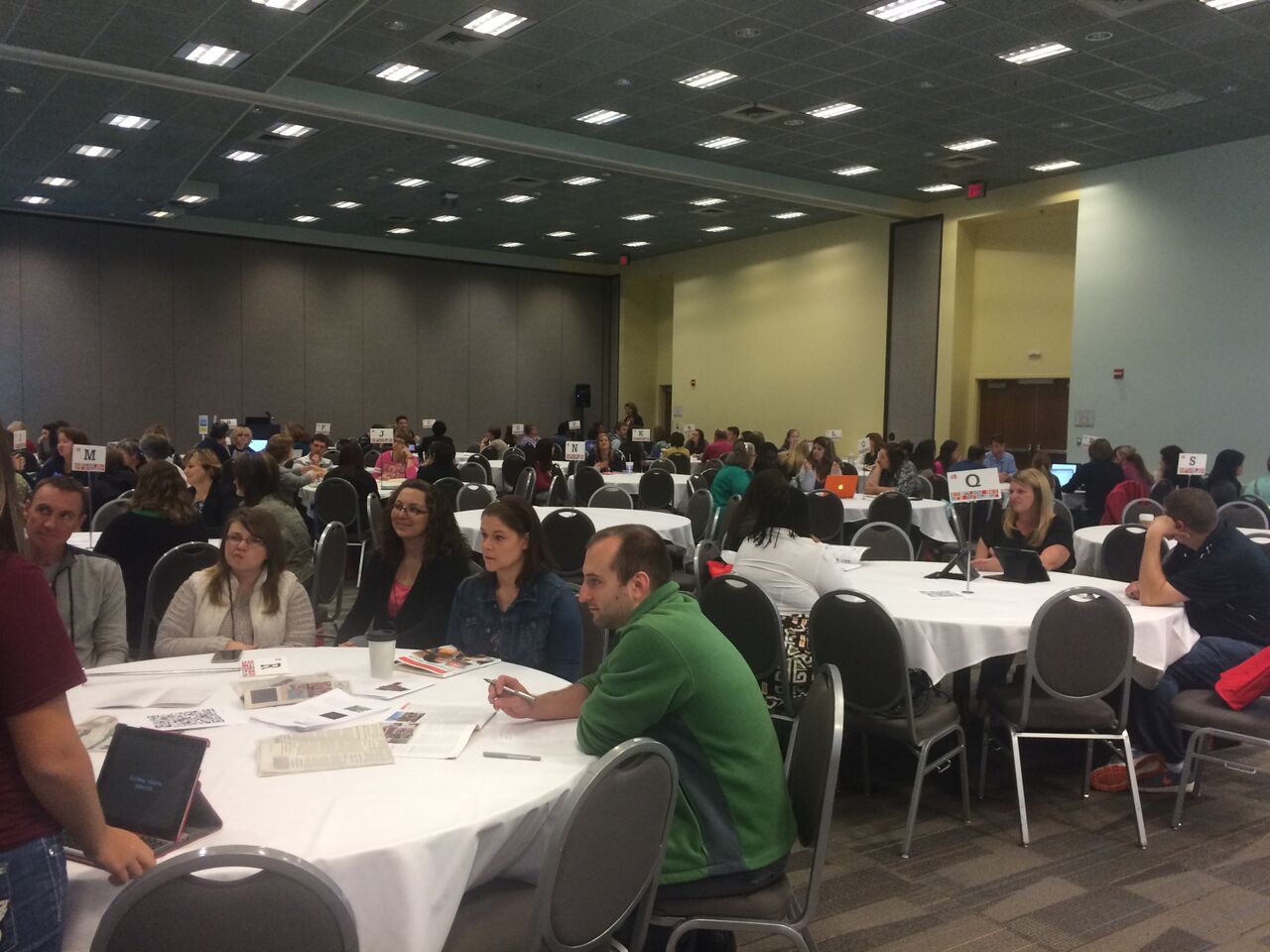 Here are five important takeaways from that presentation: 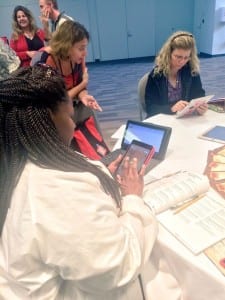 We’ll be participating in the Game-Based Learning Summit at FETC 2016 on January 12! Be sure to save the date and stop by in Orlando, or follow along on our Twitter account (@DigItGames) for more tips and tricks involving GBL. 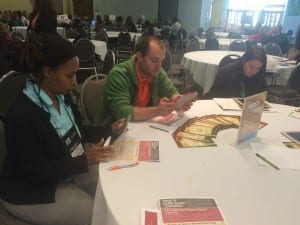 END_OF_DOCUMENT_TOKEN_TO_BE_REPLACED

This past summer, Mimi Wack joined the Dig-It! Games team as a production intern. Mimi is a University of Chicago junior majoring in Gender and Sexuality Studies, a dessert-lover, and gamer. Working daily with Head of Production Dayle Hodge, Mimi was responsible for keeping the whole team organized as they develop new games to be released later this year. Dayle shared:

“Mimi is a joy to work with.  She’s conscientious, works hard and cares about Dig-It! Games’ mission. She’s a quick study, an excellent organizer and a truly wonderful person.  We’ll miss her when she goes back to school this year, but we hope to see her again next summer.”

Mimi will be heading to Chicago in a few weeks, but in the meantime, get to know her here on the blog: 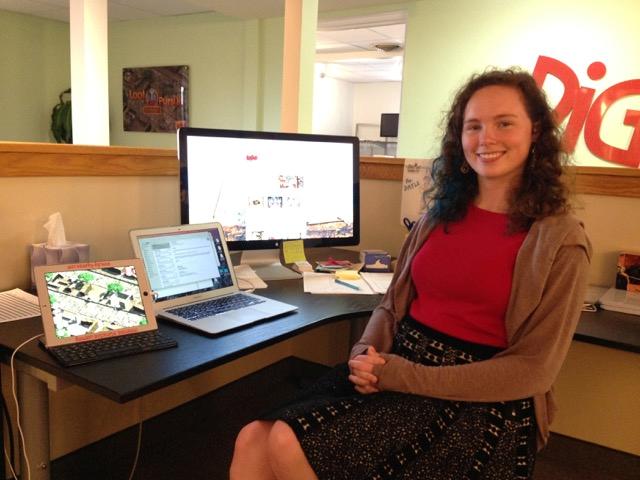 Take us through your average day at the Dig-It! Games studio. What projects do you work on? What meetings do you go to? What’s your favorite part of the day?

Most of my work is keeping track of what needs to get done and by whom. There’s a lot of information that gets passed around the office, especially during design meetings when the team hashes out the plan for our next game, and it takes time to sort through it and organize everybody’s duties. I enjoy it, though–it’s satisfying work.

How did you first become interested in games—and what’s your favorite game that you’ve ever played (video, board game, app, etc.) and why?

I got into video games when I was young, with the very same kind of educational games I’m helping make now! My favorite at the time was Zoombinis, and my favorite game in general (which I still think holds up very well) was Spyro the Dragon: Ripto’s Rage. My very favorite game that I’ve played is Portal 2 because its mechanics are really inventive and it has a great storyline.

Why did you want to intern with Dig-It! Games?

I was mostly interested in game studios around the DC area, and Suzi was kind enough to respond to my application. When I looked at the released games, it brought back nostalgia for the educational games I’d played during elementary and middle school.

I’m sure you’ve had a chance to play all of Dig-It! Games’ products. Which one is your favorite and why?

I play a lot of Can U Dig It! It’s a great quick puzzle game, and I’ve always liked games that involve spatial thinking. I’m working on getting all the achievements now (most of the way done!).

What’s your biggest takeaway from your internship at the studio this summer?

My biggest takeaway is that while it’s easy to look at a finished game and say “oh, that’s easy, it’s just a video game”, actually being a part of producing them is mostly a series of complicated design meetings and organizing notes so that the art & development teams have a record of what they’re supposed to do (at least until the design is changed). And that making even the smallest components of a game, like a sparkly animation, involves some very specific communication and a bunch of intermediary steps. It’s a complicated process, basically. Game developers should get much more credit than they do.

It’s hard to beat the classic deliciousness of a chocolate chip cookie, but I also like brownies. And donuts. Honestly, there’s not a lot of desserts I don’t like.

REVERE Awards Profile: Exploring the Relationship Between Learn and Play