Last week, we had the honor of participating in the STEM Night at Bethesda Elementary School, right up the street from our studio. STEM education has increasingly become a focus for policy makers, administrators and teachers in recent years, including the national effort to encourage minorities and girls to enter STEM fields. There is increasing demand for STEM professionals, but few of our kids are following that path. The Department of Education reports that only 16% of high school seniors are capable and interested in a STEM career.

At Bethesda Elementary School, surrounded by tri-folds showcasing experiments and projects in STEM-related fields, there was no shortage of kid genius. Two of our team members, Dayle and Steve, had the opportunity to wander the floor, speak to parents and educators, and most importantly—interact with the kids who were playing our games. 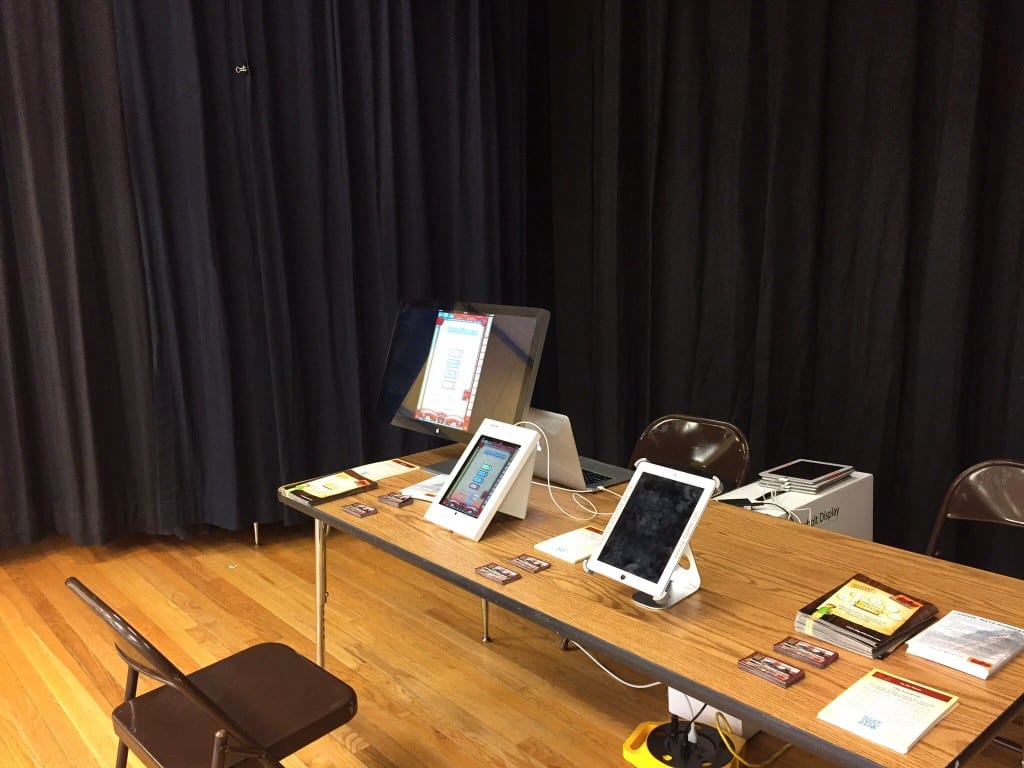 We set up a table with two iPads and one computer monitor, ready to show our stuff. Steve headed to mingle, and Dayle stayed behind to facilitate the games. By the time the night had ended, they both had some favorite moments to share.

Me: “Yep! We have some games set up in the cafeteria!”

Steve was in the gym talking to folks as they entered when he ran into a student who read his Dig-It! Games™ shirt and recognized the logo. After checking with Steve to make sure there were games within reach, he scampered off to play, leaving his dad in the dust. Kids maintained their high-energy, eager to play throughout the evening, which led to a moment like this next favorite.

2.         A child was playing MayaNumbers™ at our table, when his father came by to tell him it was time to head out. The student’s response? “Just one more number, Dad?” The dad’s answer was unfortunately a no, and while his child begged and pleaded for a few more numbers of our game, the father eventually had to physically pick up his son and carry him away. Dayle and Steve can still hear the son whining, “Just one more number, Dad, please!” 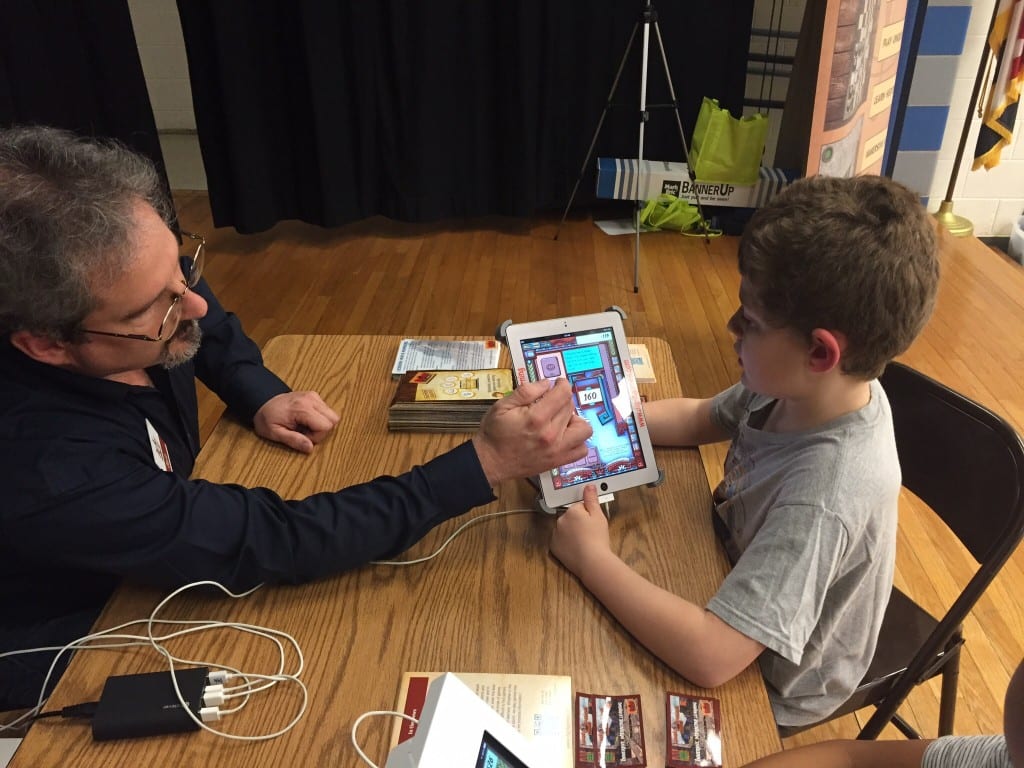 3.         The bake sale at Bethesda Elementary School was crowded the entire time. Eventually, Steve wandered over and what he found was delicious enough not only to merit a tweet, but to merit a favorite moment. He scoped out the trays and found a very pretty cupcake with sprinkles. The parents who organized the bake sale were raising money for the school and were very grateful for every purchase and donation. At the end of the night, they had some leftover baked goods, and Dayle and Steve were lucky enough to be approached not once, not twice, but three times with leftover cookies, brownies and Rice Krispies treats. To echo Steve’s sentiments: YUM!

4.       Throughout the evening, Dayle and Steve kept hearing from parents and students:

The principal was interested in how the school could be involved, how we could work together, and so were we! It was wonderful to see how excited everyone was to play our games and to learn about us as a company. 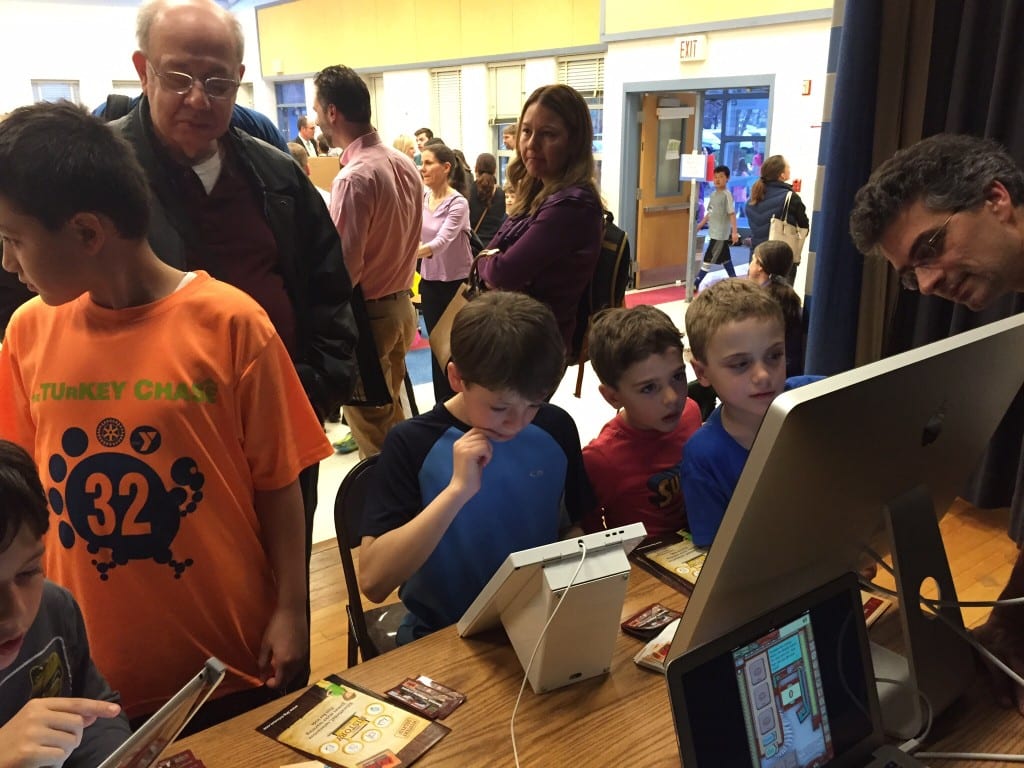 5.        One mother kept reaching over her daughter’s shoulder to try to play MayaNumbers. Eventually, Dayle reached out to her with an extra iPad—and with just a little bit of hesitation—she began to play with the same joy her daughter shared. The truth is, our games are fun for all ages. Dayle and Steve even met a first-grader who grasped MayaNumbers without any issue at all, taking his time and playing the “slow” way. One child was completely absorbed in the game and received 82,000 points—the high for the night. The team has been working on an update for MayaNumbers, and we’re excited to share a little bit of that with you. The updated app will include three different levels of difficulty for students:

Each of the levels will have a different number of glyphs for transcribing the Arabic number system into the Maya number system. This will make the game accessible for all ages—from first and second graders to adults.

There was one final moment—a bonus favorite to share with you.

6.         A couple of parents were talking with Steve. It turned out, they both had P.H.Ds in archaeology. Their daughter, eight-years-old, is math-obsessed and loves our games. The pair were interested in helping us design future games, but right now, they’re looking forward to the Roman Town™ update…coming your way soon. 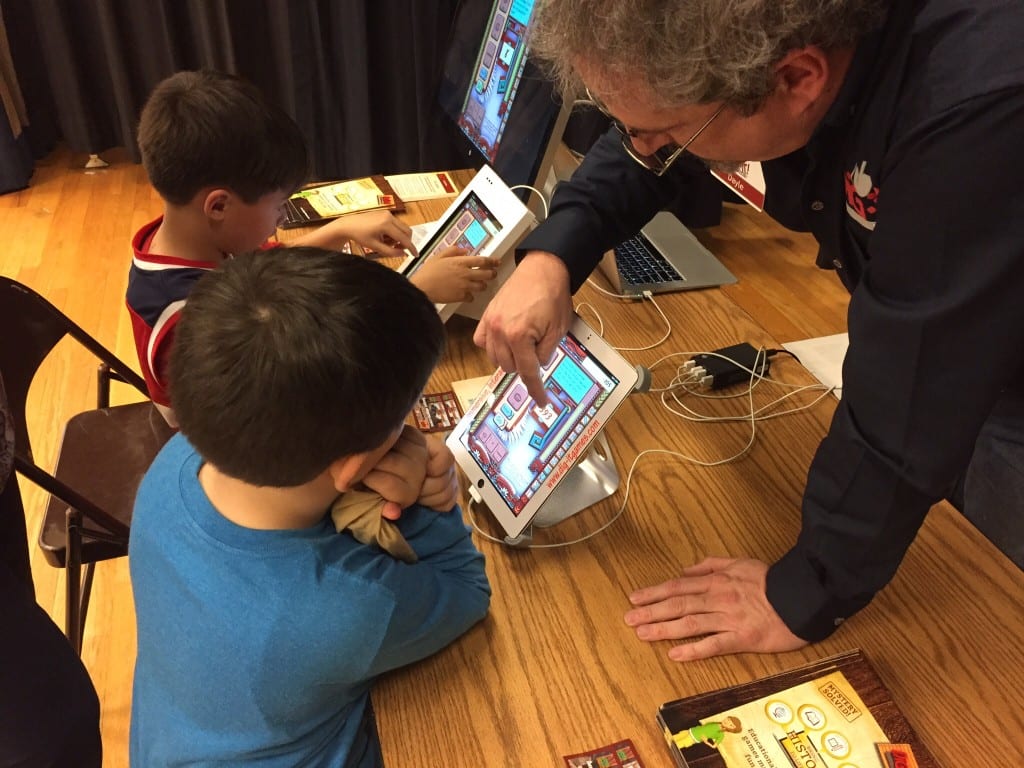