This week, we’ve had the pleasure of welcoming to our studio three classrooms from Wheatley Education Campus, a middle school in Washington, DC. We’ve met their sixth graders and half of seventh grade, and are looking forward to inviting the remaining seventh and eighth graders once they return from spring break. 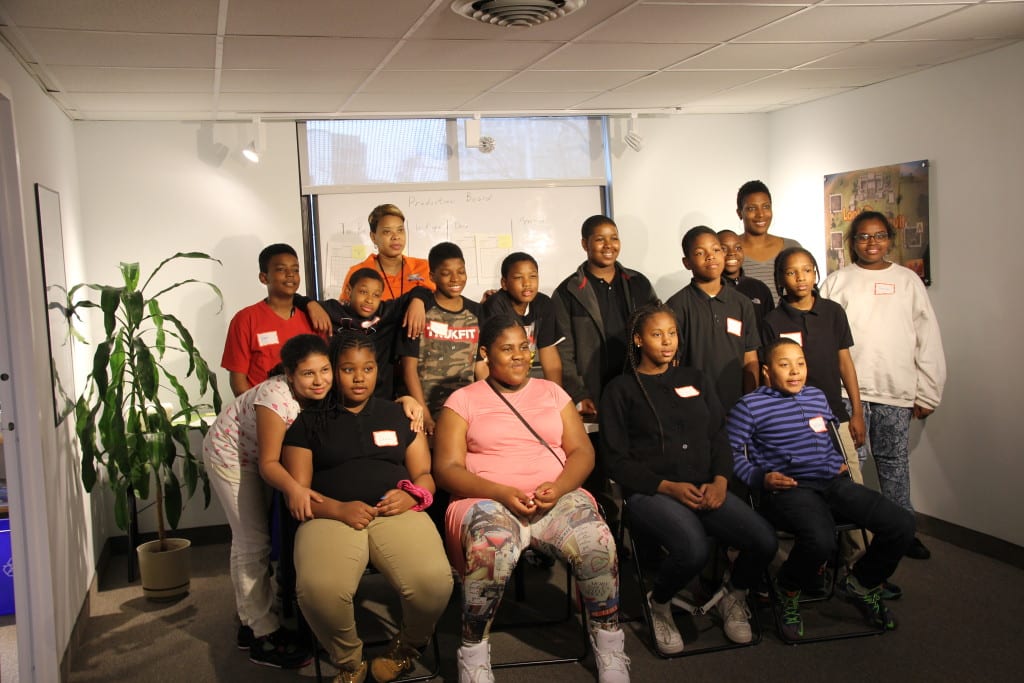 These students have surprised us and exceeded our expectations, asking tough questions, and ultimately designing games that are not only difficult, but more importantly—fun.

You may be asking—what happens during a field trip at Dig-It! Games? Well, read on!

The artists and programmers rehearsed the general framework almost six times before students actually arrived. Like all good teachers, they planned what they would say, what resources they’d use, and had everything printed and ready to go come Wednesday morning.

The students filed into the studio rather quietly, hung up their jackets, dropped off their lunches on a table, and sat on the floor in the main area of the studio—where Dig-It! Games founder and president, Suzi Wilczynski, was waiting. 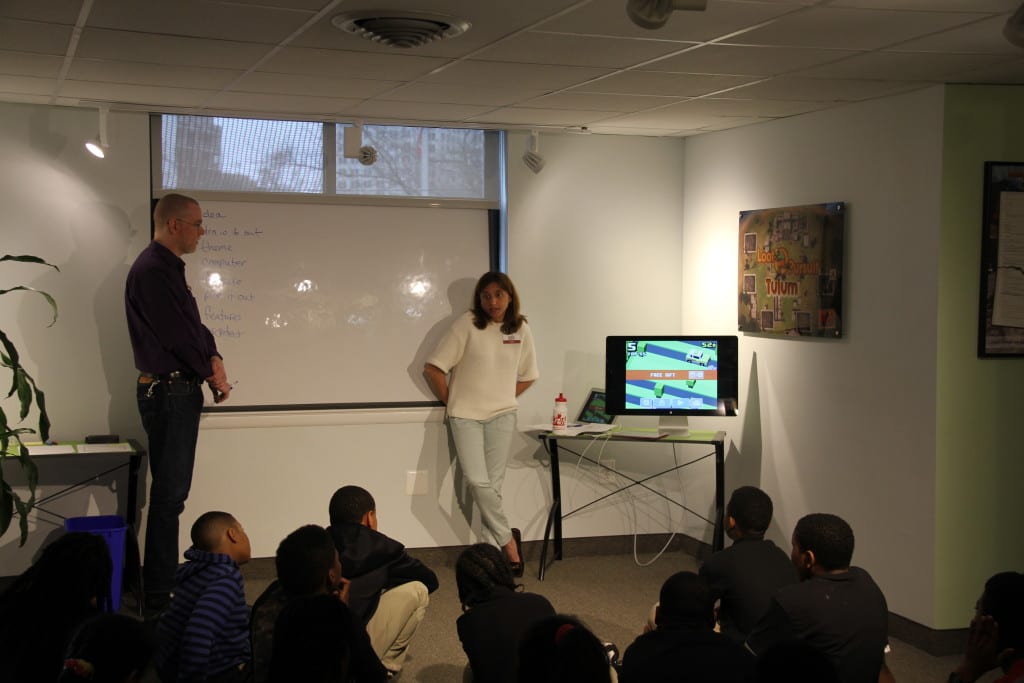 “What games do you like to play?” Answers ranged from Madden Football to classics like Sonic and Kirby. “What goes into making a game? How do games like Angry Birds and Crossy Road come to be? What’s the process that designers go through to create a game? Who are the people that are involved in that process and what are their roles?” Suzi peppered the students with questions and they were eager to volunteer their answers. 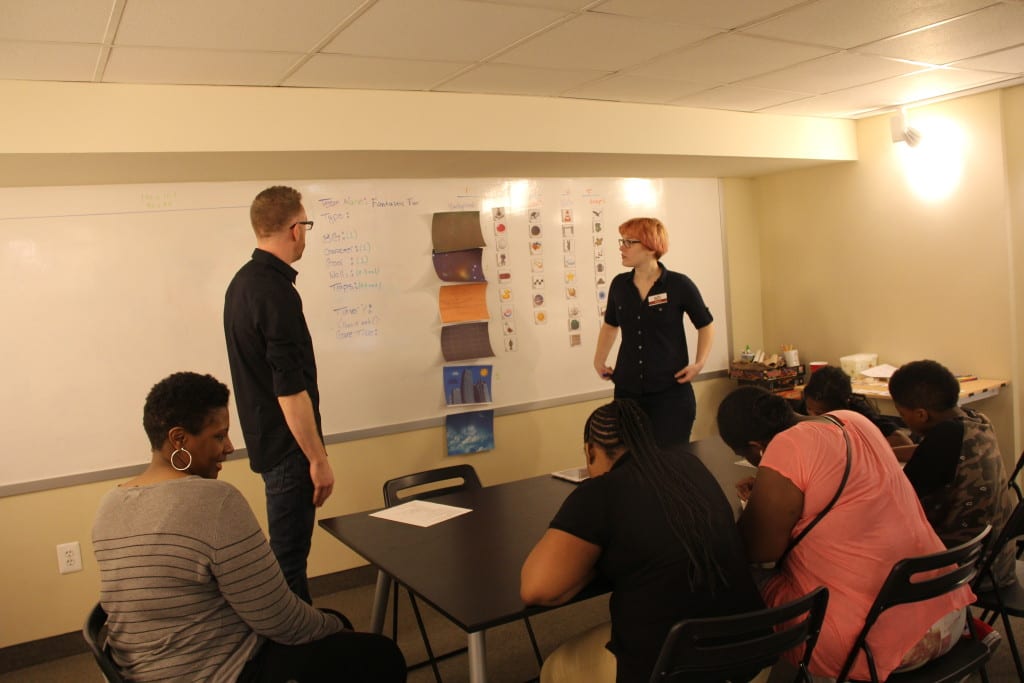 Following a quick introduction to the vocabulary of game design, the students broke off into three groups working with the producer, artists and developers to brainstorm their own prototypes using a simple goal format. As teams, they chose their backdrop, their character, the starting point and end goal of the game, and then were able to place walls and traps throughout the character’s path. They picked how players would move through the game—by tilting, by tapping to jump (Mario, anyone?) or swiping. They asked whether they should include a timer.

With a good background on how game design begins—simply, with an idea—they began rotations through production, art and development, learning hands-on with the help of the Dig-It! Games team. A pair of students created a volcano cone in 3D art. Another group of students quickly worked through the coding of a maze game similar to what they had brainstormed as a team. One boy tested their product to see if the game was solvable. Taking on the roles of level designers, producers and beta testers, students worked through the process of production. 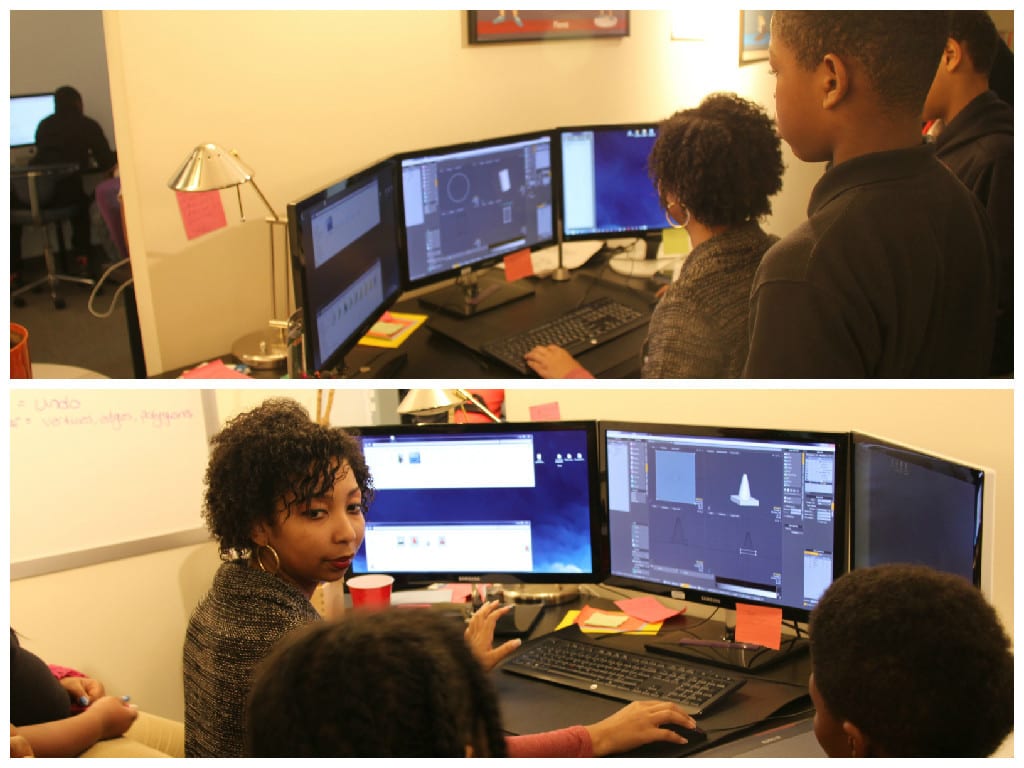 Then they had questions for us: “Can I test your games? How did you get to be a game developer? What’s it like to be a producer? How did you become a 3D artist? Can I work with you? Can we have more time? Can we do this again?”

As students interacted with the rest of the team, developer Jessica Dommes was hard at work bringing the students’ ideas to life. She built out the Fantastic Four’s app—“Astronaut Destroy”—in which their spaceman has to beat the obstacles (without floating into the traps) to capture a planet. In team Fast & Furious’ “I’m Free,” players had to tap to make their character jump onto different levels to get to its goal. In “Get the Moon,” students built walls into the game to make movement difficult for their spaceman, and players had to tilt the iPad to make their spaceman move towards his goal. 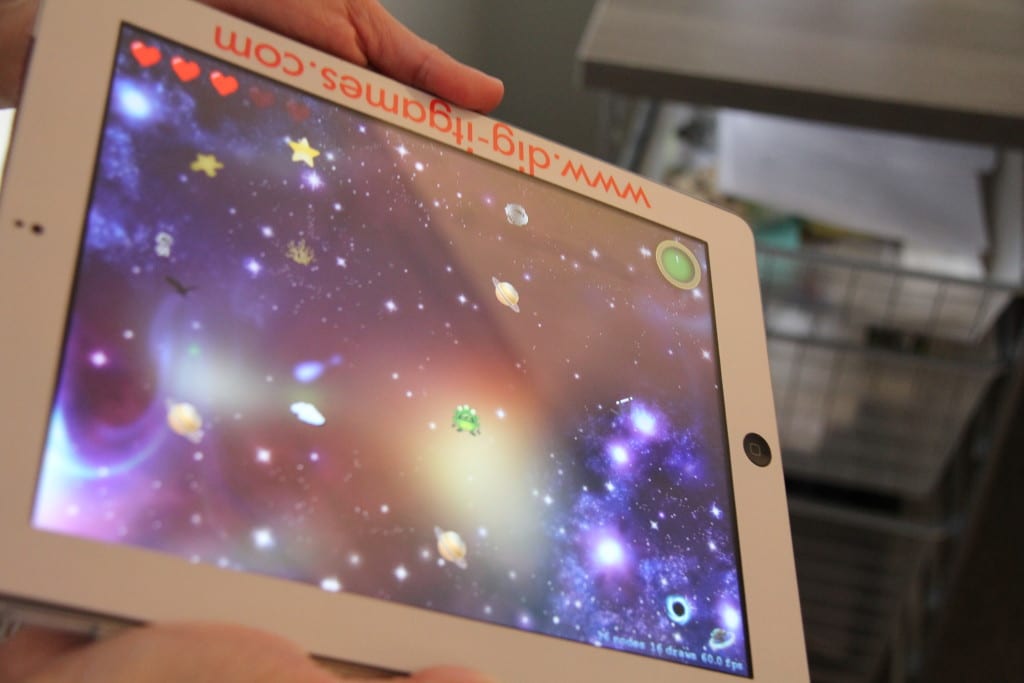 By the end of the day, our team was exhilarated, the teachers were thrilled, and the students were genuinely excited about what they had learned and created. They had discovered that the most powerful tool in game development is your imagination—because in the world of game design, everything is possible. 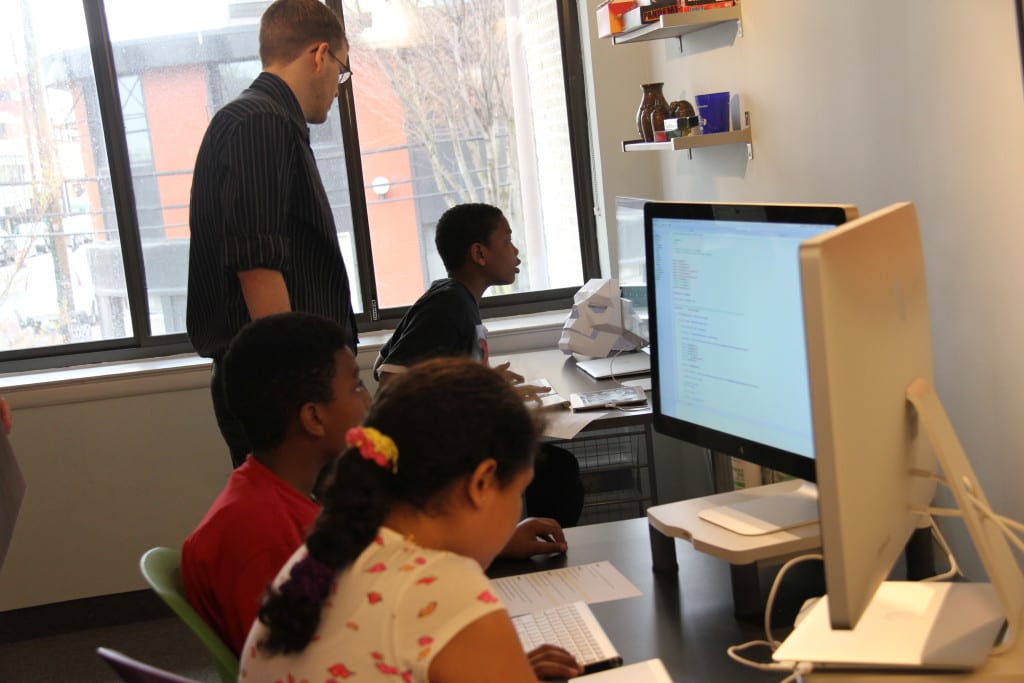 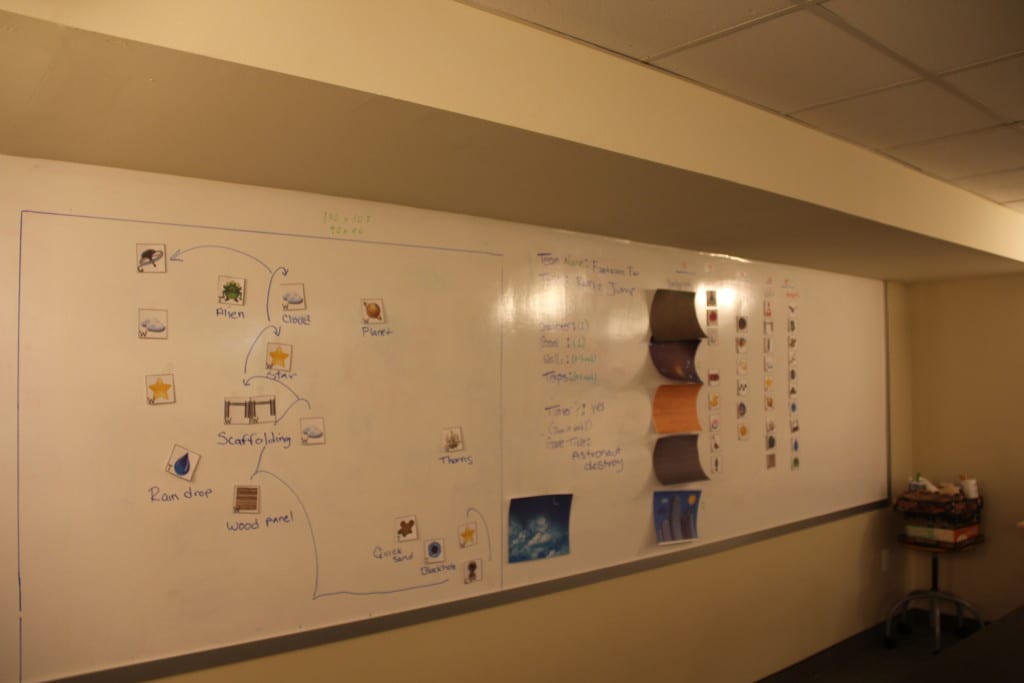 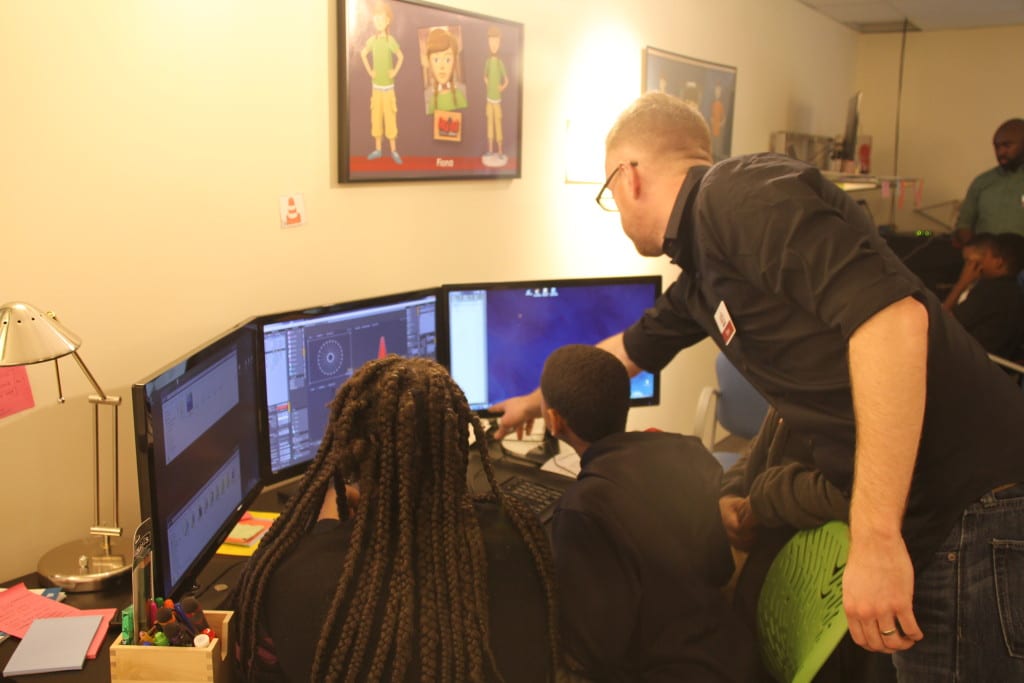 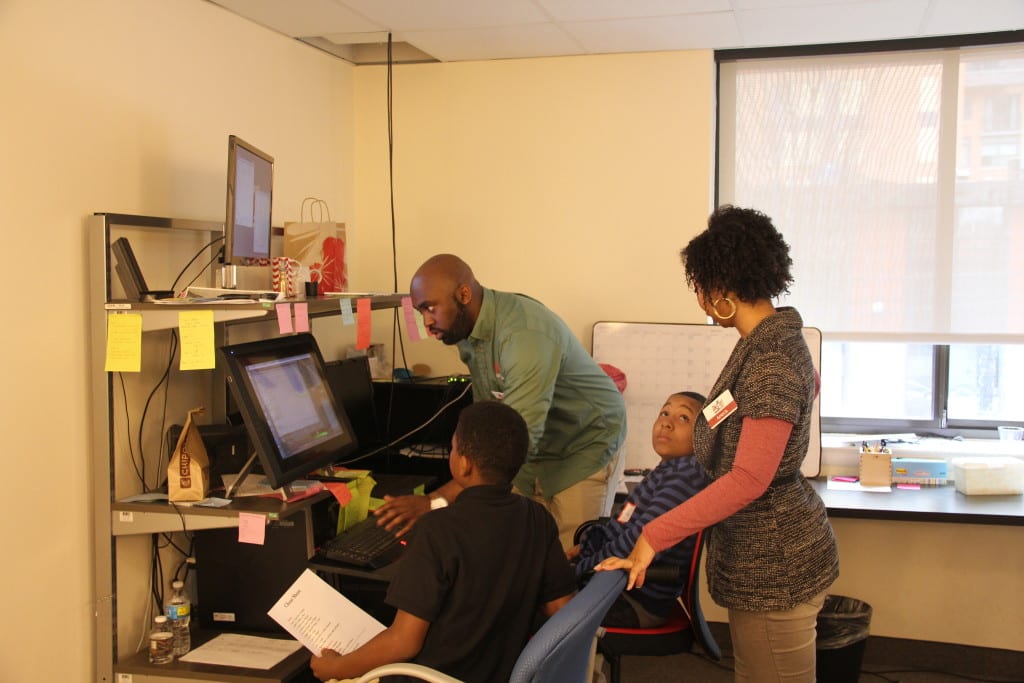 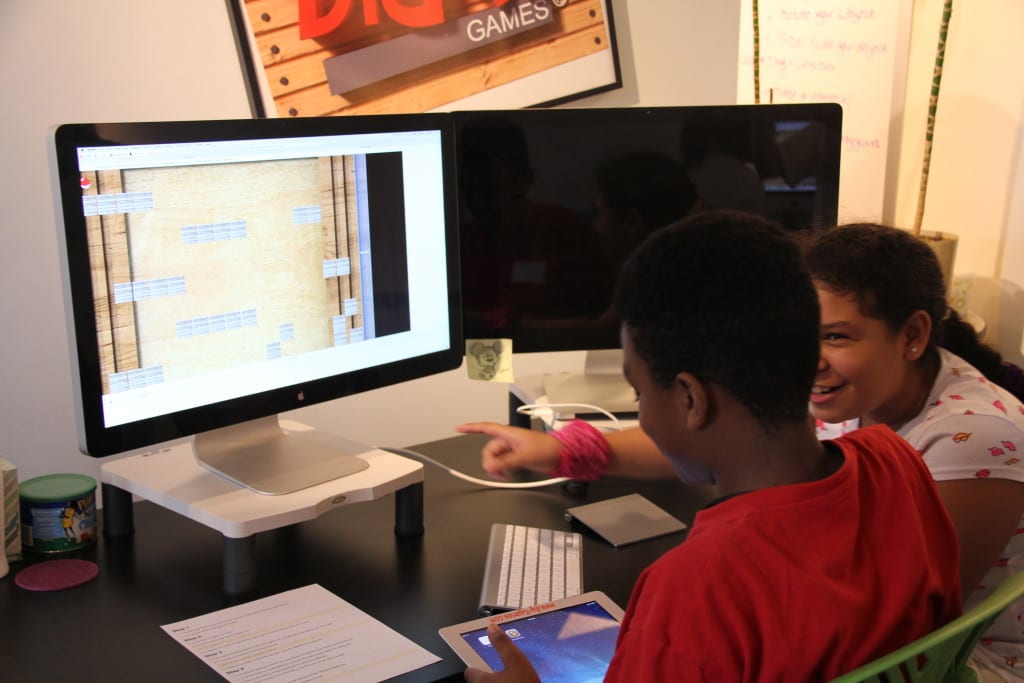 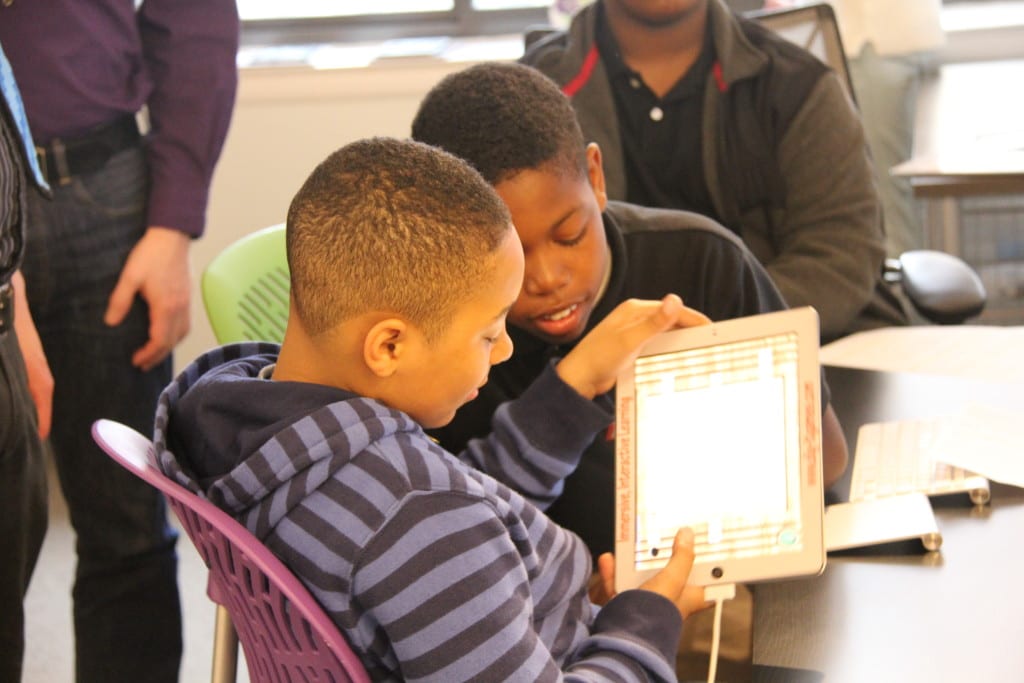 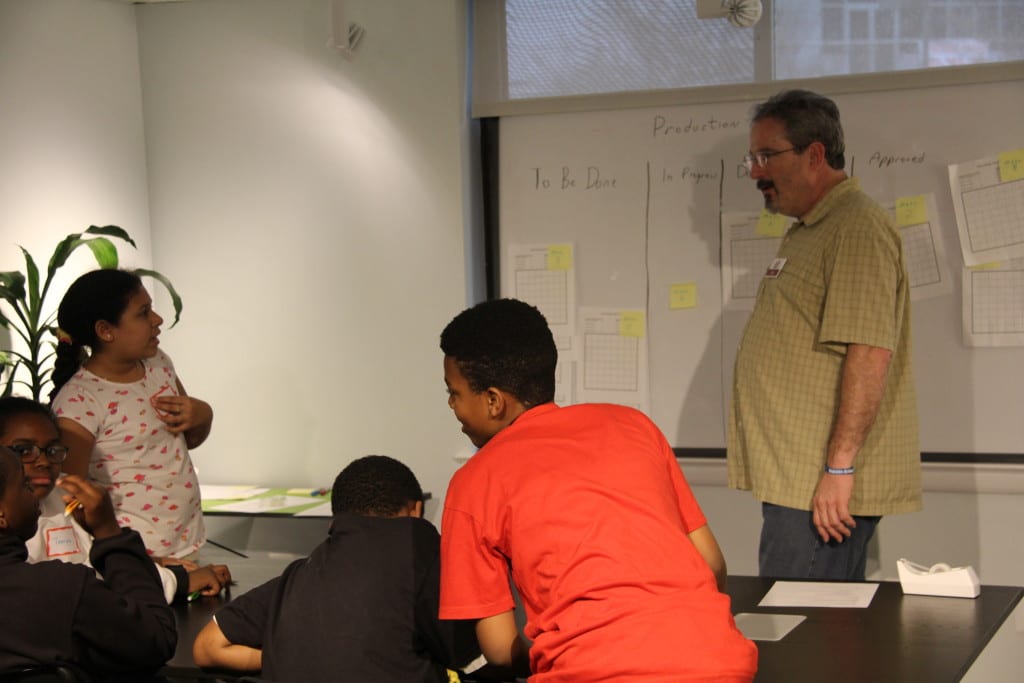 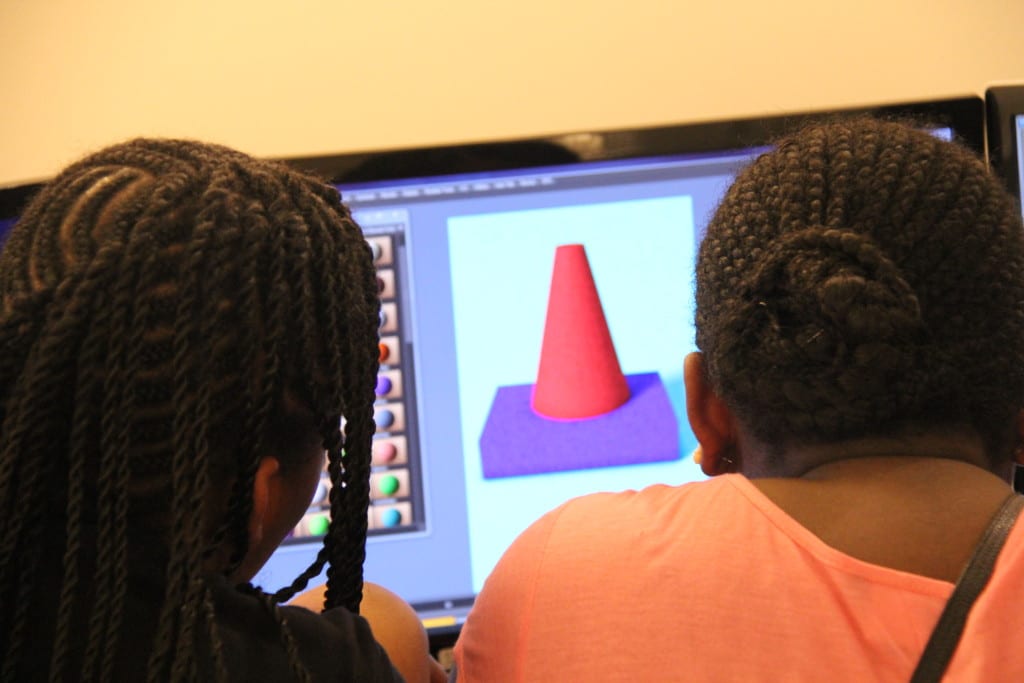