Today, we’re proud to share a contributed blog post from our friend Mike Burke. We’ve gotten to know Mike through Dig-It! Games artist, Mikel Wellington–Mike’s son. He’s been a visitor to the studio and we were glad to have him with us on our field trip the Baltimore Museum of Industry last month. Read on to find out what Mike’s been working on behind-the-scenes…

Every successful business is the end result of a visionary CEO, Chairman or General Manager who takes their concept from an idea to a reality. Suzi Wilczynski is such a visionary. The vision? Dig-It! Games. They believe in the power of games to blend fun and learning. Suzi and her team of extraordinary artists, programmers, and producers have found a way to retain the interest in learning among all students, particularly at the middle school/junior high level.

I’ve had the good fortune to meet Suzi and to visit the Dig-It! Games studio, nestled in the heart of downtown Bethesda, MD. Attending one of their staff meetings (often referred as collaborations), I quickly learned this exclusive and non-traditional exchange of ideas fosters an unrestricted flow of thoughts, and concepts, “giving [the team] the opportunity to learn without the fear of failure,” according to Dig-It! Games artist (and my son), Mikel Wellington. This is the same opportunity that Dig-It! Games provides kids, with the use of game-based learning in the classroom. 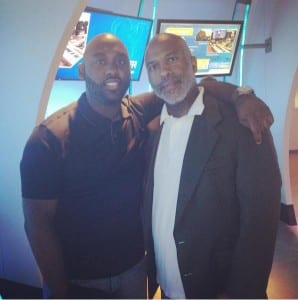 Right now, Dig-It! Games is working to develop a long-term science adventure for students called BEAKER, expected to release in early 2016. The team is working with middle school teachers to build the game, which will focus on the Periodic Table and chemical reactions.

The storyline and characters are what help immerse students in any game. In Mayan Mysteries and the Loot Pursuit series, students empathize with Charlie and Fiona—quirky, similarly-aged kids like them. For a brand-new game, Dig-It! Games is creating brand-new characters.

Education has always been a part of my family’s fabric of Life. My dad, a Ph.D. in Mathematics Education and my mom, an M.A. in English. One of the main characters in BEAKER will be based on my father, Dr. Gerald Burke. Together, Mikel and I have been researching his life. 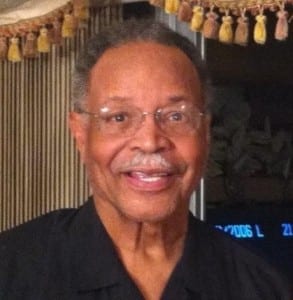 My father was born in the Ogis section of Miami, FL. During his early childhood years his family moved to Belle Glade, FL where they became migrant workers. Picking beans and cutting sugar cane in the hot South Florida sun was motivation for my father and his brother, Robert to graduate high school and college (Florida A & M University) with honors and degrees in Chemistry and Biology respectively.

After a couple of decades teaching in Palm Beach County Schools, he pursued and received a Ph.D. in Mathematics Education in 1971 from Michigan State University. He returned to Palm Beach County Schools’ Suncoast High as a classroom teacher. My father retired in 1991, having left a strong impact on the lives of his many beloved students—both inside and outside the classroom.

The character of Dr. Burke will be leading players through BEAKER from start to finish, providing helpful hints and direction within the game. I wish I could tell you more now—but stay tuned on the blog for more information behind-the-scenes as BEAKER gets closer to the finish line!